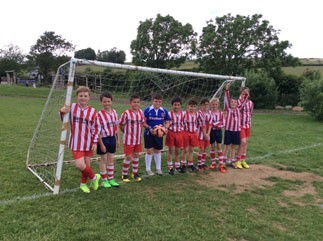 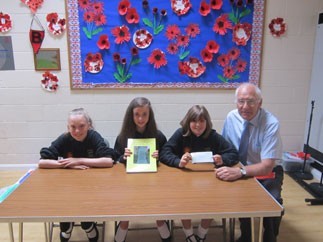 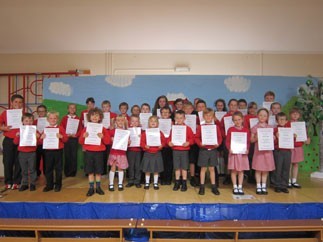 Year 6 had a great leavers' trip to Blackpool, a fab day!

The school summer performance, the Wizard of Oz, was a great success!

Once again the whole school enjoyed the annual trip walking round Buttermere! 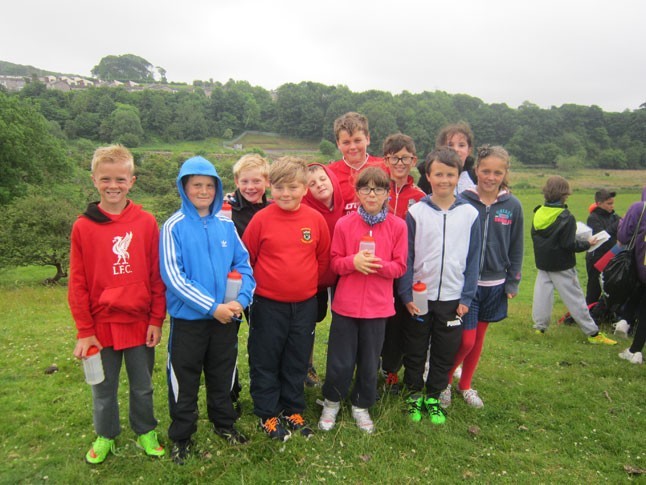 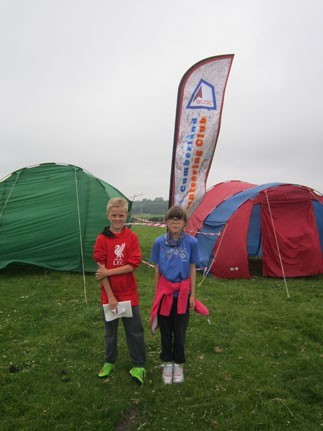 Children from Year 1 up to Year 6 were given a great opportunity to attend an assembly by Alan from the Beacon about WW1. They learned all about what soldiers wore during the war and generally what life was like in the trenches. Even Oliver and Mrs Singleton were given the opportunity to try on some of the equipment. What a great insight into these times.

After the WW1 assembly with Alan from the Beacon, Class 5 and 6 got to take part in a wonderful workshop where they tried on the clothing, looked at the equipment in detail and discussed what it felt like and how it would have felt to be in the trenches wearing all this equipment! We thoroughly enjoyed it and now have a deeper understanding of how hard it must have been if you were to fight in the trenches.

Class 5 and 6 went to the Archives centre in Whitehaven. We were able to find out how archives were stored, what they were, how we could find out information if we needed to research our WW1 topic. It was a really eye-opening experience. We also looked at a map of Broughton from 1842 and one from present time to see the difference, if any, in what existed then and now. We were shocked to learn that in all those years Broughton has managed to retain its originality! 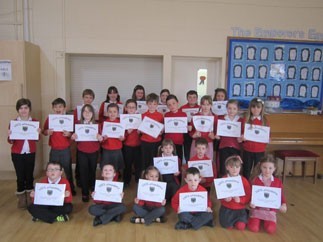 The children continue to enjoy and benefit from the wide range of different activities and resources on offer during lunchtime play.

The following children did really well to achieve 100% attendance for the Autumn term!

The following children received their football certificates from Carlisle United. 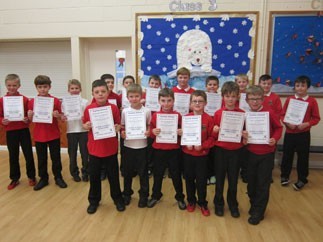 Father Christmas visited and gave out presents to everyone!

Once again a fantastic Christmas lunch was enjoyed by all the children and staff in the school as well as our invited guests. A very big thank you to Mrs. Farley and the lunchtime support staff.

The school choir entertained the residents at kirklands with some Christmas songs and carols.

Reception and Years 1 and 2 enjoyed a trip to the Kirkgate centre to see the 'Snow Bear'.

We had a great night at our Christmas Fayre which was well supported. We raised the wonderful total of £870.

Baking for the Christmas Fair!

We had a Jewish themed lunch during our whole school Jewish project - it was delicious and there were lots of clean plates. The staff enjoyed their lunch too.

Years 3 & 4 took part in a hockey tournament at Cockermouth school and came 3rd, being narrowly beaten by only 1 goal by St.Joseph's School. Well done to the team - what an achievement!

Some children went to the dry ski slope in Carlisle and had a great time - not always on their feet!

Year 5 and 6 went to a netball training session led by Young Leaders at Cockermouth School.