Rhys received a trophy from Cubs for having the best group at this week's meeting.

Sam showed us his badge for breaking the county time for 9/10 year olds' freestyle. Wow!

Lots of our girls were at a dancing competition and were awarded medals. Well done!

Class 2 led Celebration Assembly with a China theme. They were very good and we all learned lots of new facts about China. There was a great dragon who joined them at the end too!

Our boys' football team took part in a tournament at St Bees this week. Here they are receiving their certificates.

Class 5 have been writing letters to celebrities as part of their Literacy work. Dan received a reply and signed photo from Bear Grylls and Logan received a personal hand written letter (wow!) from Kevin Sinfield who plays for Leeds Rhinos!

This term, Class 5 have been receiving tennis coaching from coach David Wise. He chose Emily, Cameron, Logan and Emily to take part in the Yr 3/4 tennis tournament at Nelson Thomlinson School, Wigton. Despite Logan being injured, they came 4th in the competition.

Holly, Callum and George share their work about African animals. 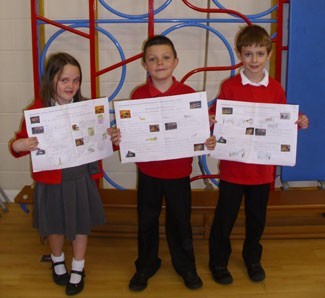 Leigh shares her medal from a Karate Competition. 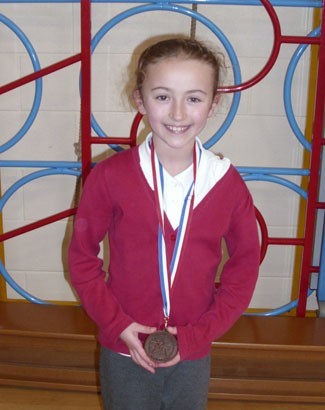 This was Izzy's last day at Broughton Primary School. She has moved to Brigham and is moving to Brigham School. We wish her a fond farewell!

Children in Class 6 received certificates for taking part in U-Dance.

Lucas is a budding footballer and goes to training after school. This is his certificate saying he is a STAR football player.

Oliver received his swimming certificate during Celebration Assembly for his progress during lessons after school.

Well done to Josh, Aimee, Meya and Alex who got lunchtime certificates for being helpful. 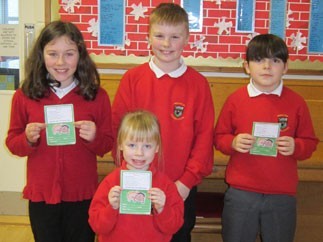 Years 5 and 6 shared their work on Buddhism during Celebration Assembly.